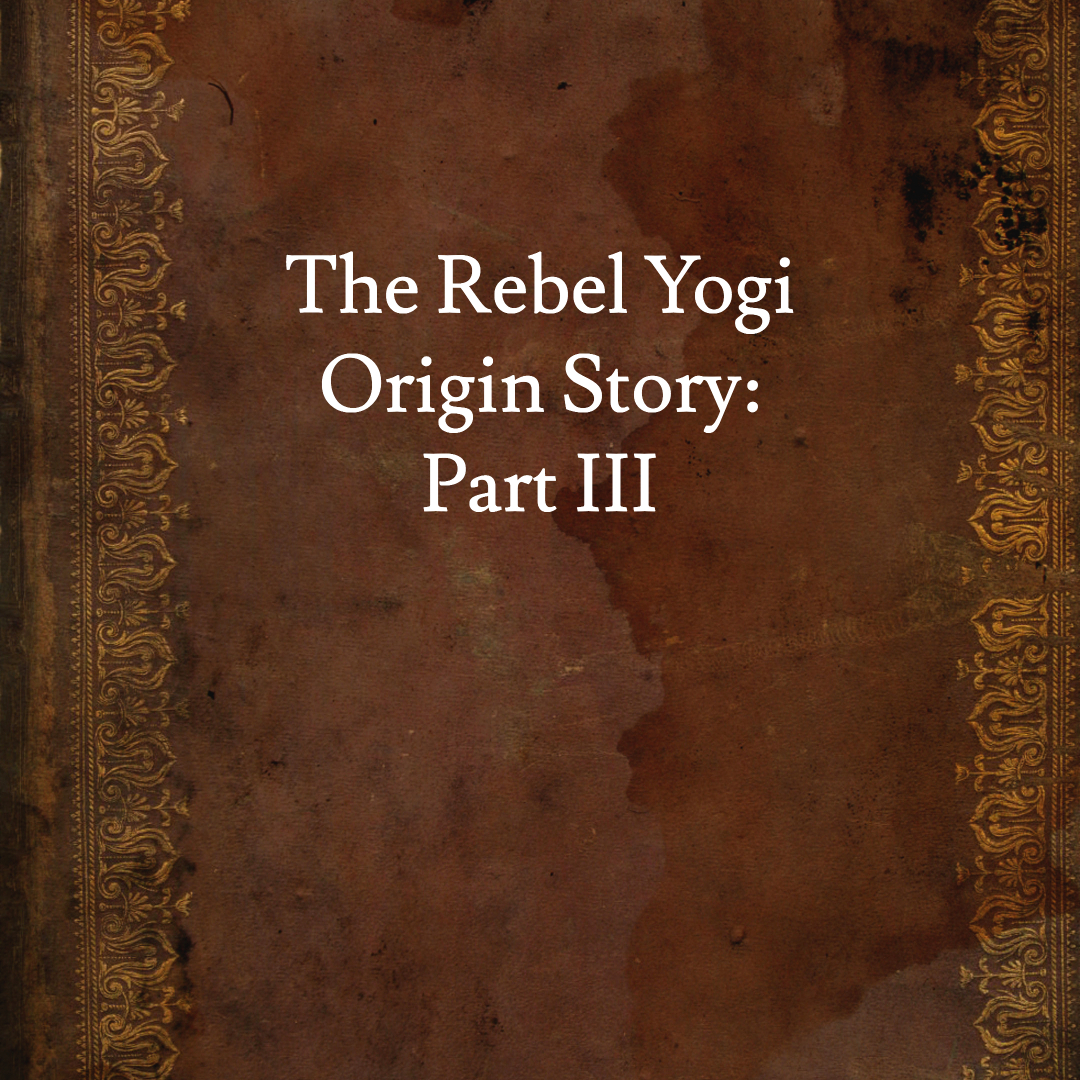 Back in April, a friend and fellow yogi requested that I do a more in-depth exploration of the “receiving the call” piece of the origin story. I’ve been mulling it over for long enough now that I think I finally have a proper response. The particular line from part 2 of this story follows:

That summer was a life changer. I went from armchair activist, signing e-petitions and not much else, to full out environmental activist. I was entrenched in the fight, had skin in the game, and was ready to take on the world. I had received the call loud and clear, and I knew that one of the reasons that I had been put on this earth was to save it.”

There are quite a few stories out there that involve the person who receives their call having a voice speak to them from above, some physical manifestation, or something a bit more obvious. To be honest, mine wasn’t quite like that.

My personal version of hearing the call was more of a certainty, an inner voice – that moment where there was no more hesitation or fear around the action that I needed to take, just the knowledge of what I had to do.

My certainty came with the words of one James Hansen, quoted by Bill McKibben in an email that went out to the 350.org mailing list. When one of the nation’s top climate scientists says that mining and burning a particular form of fossil fuel energy is essentially “game over” for the climate, it tends to get your attention. For me, it certainly did. I stepped up and became more involved in the fight than I had expected to – risking arrest, laying my body on the front lines, stepping up and saying loud and clear that if the fossil fuel companies wanted to wreck my planet, they would have to go through me to do it.

I tried to find the original post on the Tar Sands Action website, but things have been dismantled a bit since they joined up officially with 350. I did manage to find a post at another blog that has the full text of the email that changed everything.

So what does this have to do with you?

You’re a world changer. You wouldn’t be here reading this if you weren’t. But maybe you haven’t quite figured out exactly what it is that you are meant to do. Maybe you’re wondering if you’ve “received your call” but somehow missed it in passing; maybe you’ve been dabbling here and there, or throwing yourself full force into something you think might be “it” but you’re just not 100 percent sure.

My take is that if you have to wonder if you’ve found “it”… you haven’t.

It doesn’t mean you won’t. In fact, I’m sure that you will. But it’s like most things, in that it’s worth the wait, and it works a whole lot better if you don’t force it. If you find yourself in that not being quite sure camp, keep exploring! The exploration can be incredibly fulfilling, and worst case, you’ll figure out what “it” isn’t – which brings you one step closer to what is. And the closer you get, the more certainty will come with the path.

It took me quite some time and a lot of twisting and turning along my path to find environmentalism as a cause, and even more time to figure out that I had Rebel Yogi in my future. Do I consider any of the time or effort that I put in to getting here a waste? Absolutely not. Everything that I did, each organization that I worked with or cause that I championed, each step led me one step closer to where I am today.

So enjoy the exploration, savor the journey while you’re a part of it, and when your own “it” comes along, you’ll know.

Michael Margolis wrote a post recently about origin stories that provided the inspiration for this series of posts. This is part 3 – here are part 1 and part 2.