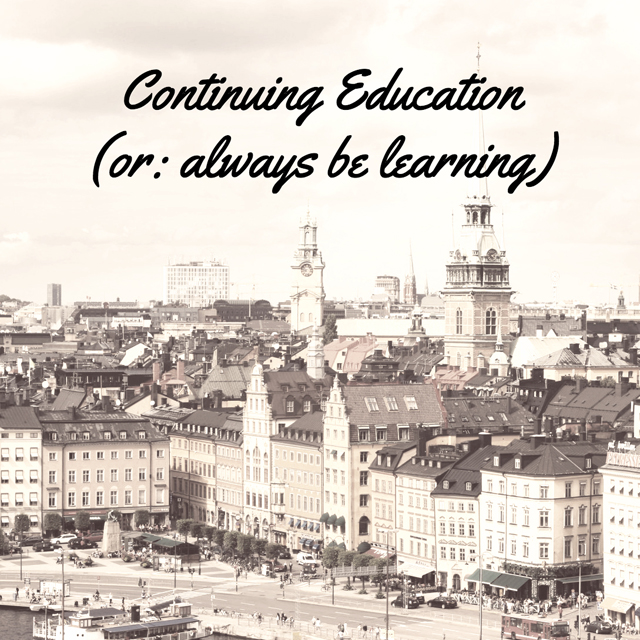 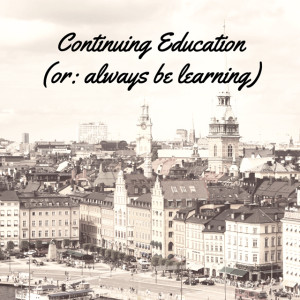 1. As a former teacher, I lament the loss of school systems that actually teach children how to think; with the advent of No Child Left Behind and a strict adherence to the SOLs (Standards of Learning), we are slowly building generations of young people who have learned how to memorize and regurgitate specific information – nothing more, nothing less. If it’s not on the SOLs, it’s not important. I know that there are still teachers in the field who are fighting the good fight, attempting to teach their students how to think independently and how to learn on their own, and I am incredibly grateful to know that such teachers still exist.

2. Recent news from the education front seems to indicate a trend: traditional higher level education is worth less than it used to be. This might not be the case with more specialized fields, but it holds true in many progressive (read: constantly advancing) job fields. Especially in technical fields like software development (with a never-ending cascade of new programming languages and ever-evolving technology coming down the pipeline), a traditional four year degree may see students graduating from college who have spent obscene amounts of money on a piece of paper that proudly declares that they have a degree in now-outdated languages, technologies and methods.

Those two points being raised, it makes me wonder how well we are equipping future generations to forge a path for themselves. Being of the college-graduate-who-no-longer-utilizes-her-degree category (hello, music education major who changed career paths less than 5 years after graduation), I can say that my college experience was highly beneficial, but more for the experience of learning how to learn, and widening my horizons. It’s still a good idea to go through college if you want to be a teacher, being that it’s one of those more traditional, specialized fields that requires licensure after degree completion.

That being said, when I decided to switch directions, I chose to go a more vocational route. I looked at grad school as an option, but realized that as an aspiring digital designer, by the time I completed the program I would not only be broke (and very much in debt), but I would have invested my time and money into learning that was cutting edge a decade ago. Not so great as investments go!

So, what’s the answer? Good question.

Many of my amazing colleagues in the design and development fields are self-taught. These folks have made the decision to invest in themselves in a less traditional manner, by jumping in and learning as they go as opposed to spending years chained to one institution or one course of study. Many of them have made a name for themselves along the way, carving new paths as they moved forward – not being molded by any one brand of teacher or academy, they are less stifled by other people’s methods and thereby more likely to be unique.

Personally, I have made it one of my goals to invest in myself and my business this year. I spent the first year-plus concentrating so hard on finishing up my last two semesters, focusing on clients and exterior projects that I never left time for myself. Reason number one I had a less than stellar website during that period of time? You guessed it!

Starting this past spring with my site redesign, and continuing into the foreseeable future, I’m changing that pattern. It took a while, but I finally came to the realization that it’s a win-win situation; I’m learning more and becoming better at everything I do, which benefits not only me, but my clients as well.

Coming full circle to my point about our youngest generations never being taught how to learn, I really want there to be a vector change in that situation. Without early education, it makes it incredibly difficult for these students to make the investment in themselves later in life.

But… maybe I’m wrong, and maybe these kids will be the first generation to really teach themselves starting from a younger age. With the wealth of information readily available at our fingertips, it’s possible to learn without a teacher, outside the establishment. Let’s hope that as education undergoes a massive transformation, we don’t lose our students in the wake.

As for me, I’ll be here in my little corner of the world, drinking in the world around me; always learning.