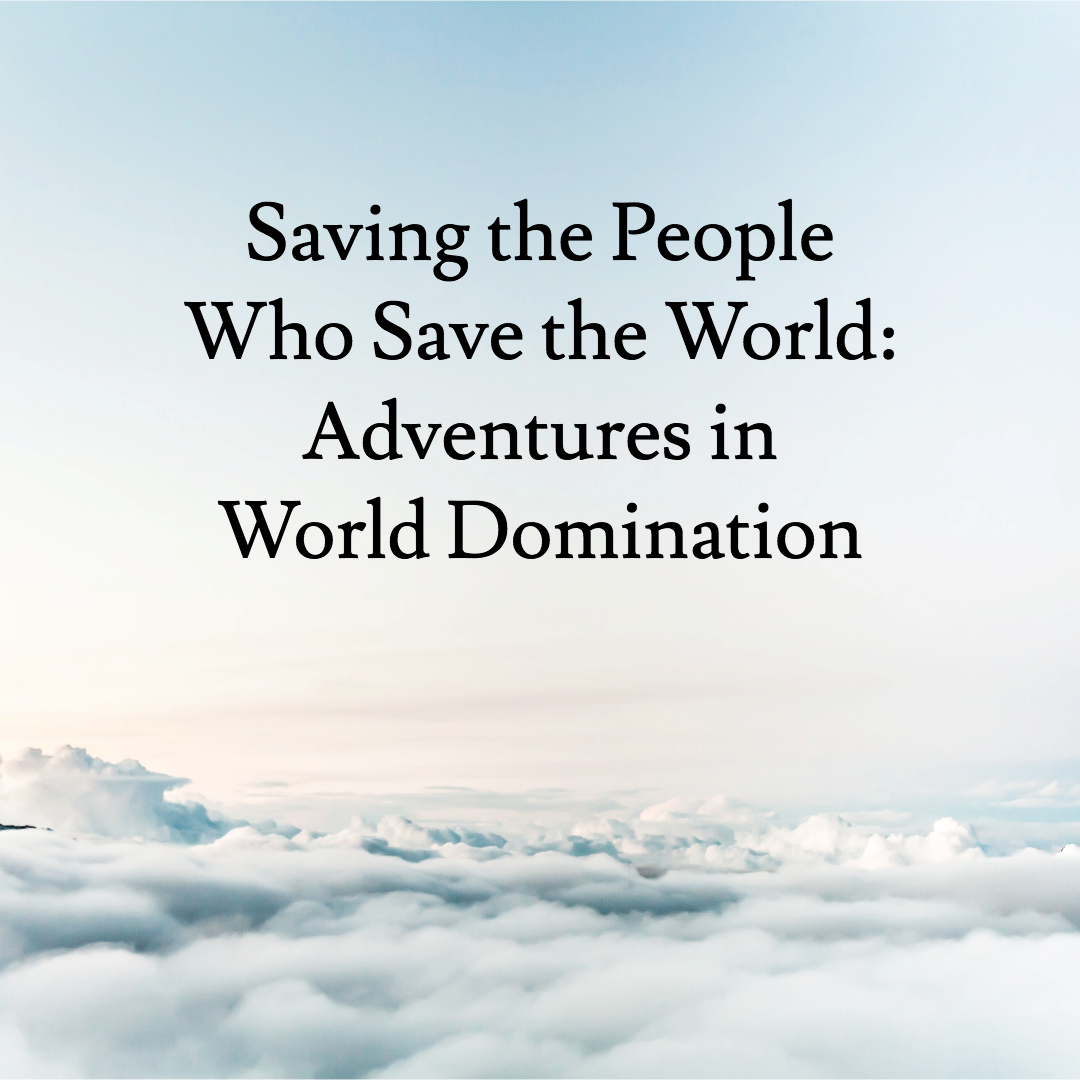 Three weekends ago, I had the chance to hang out with over 3,000 of my favorite people. Those of you who have been following along for a while might recognize the World Domination Summit (WDS) as that place where I met a whole bunch of the people I’ve interviewed for Changemaker Q&A, or you may very well be one of those awesome people who came into my life due to WDS (hey you!).

I’m one of the old timers – those who have been in attendance at every WDS since the beginning. This was my fourth year at the event, but with one big difference – instead of being an attendee, this time around I had the opportunity to see behind the curtain and to serve on the Ambassador team. Given how many awesome people I’ve met during the event, and the number of opportunities that have arisen due to those connections, this year it really felt like it was time for me to give back.

If you’ve ever been to WDS, you know the energy that comes from being around thousands of world changers all in one place. It’s like nothing I’ve ever experienced in my life. I distinctly remember standing at the front of the room during the inaugural event with my friend Brandon and getting the craziest goosebumps I’ve ever had; we were talking about the similarities in projects we had been involved with around the BP Gulf oil spill, and that connection was so powerful that it was like we were tapped into a power grid.

And, if you haven’t been to the event, take my word for it: it’s intense. I knew going in to the event that it was going to be a challenge to honor my own Rebel Yogi work – taking care of myself. I was scheduled out for three really long, intense days and if my history was any indication, I had to be very careful about listening to my body during the event.

I could feel it even from the first couple of hours at the pre-party on Thursday night: this was going to be a challenge. Being in the room with so much energy, catching up with old friends and meeting new ones, I could feel my body starting to take on the tense edge that comes along with being in that kind of situation. Even breaking away for dinner with just a couple of other people, I could still feel the tightness in my gut when I got home.

The next morning dawned bright (er, dark) and early, and I got to Pioneer Square just after 6 am to start laying out yoga mats for the Great Namaste world record attempt. Five hours and 808 attendees later, the mad rush of the attempt was over but my day was just getting started. After doing registration for the Jonathan Fields RevolutionU Academy and sitting in on the talk, it was time to head over to meet and greet at the official opening party.

If you were there, you may have seen me dancing like a fool, high-fiving, cheering, and generally carrying on in the greeting-line of orange-shirted Ambassadors on your way in to the party. It was at about that point when I realized that I was starting to crash, hard. A little bit later, I found myself talking to an old friend, almost swaying from exhaustion, realizing that I hadn’t eaten since lunch. It was then that I made probably the best decision I had up to that point: I talked to our volunteer coordinator, asked if I could leave, and did. I took the bus back to the east side of the river, grabbed a healthy dinner and then headed home for a relatively reasonable bedtime.

Now, that may not sound like much of an accomplishment, but for me, this was huge! If it had been even last year, I would have ignored the signs that my body was giving me. I would have pushed through, probably not eaten until really late that night, and only managed to get a few hours of sleep. But, knowing what I do now, and knowing that I had two more really intense days ahead of me, I made the smart choice, and took it easy.

The next two days of the conference were a balancing act. I was scheduled to take lunch breaks, which I took advantage of. When asked to do something during my break, I politely let them know I needed to go eat. I had a backpack full of healthy snacks, and a water bottle that rarely left my side. I took a nap during my lunch break on Sunday where I crashed so hard that I drooled on myself. Yeah, classy, I know.

All in all, the weekend was another amazing experience. Getting to be an integral part of the experience for so many other people, giving out thousands of high fives and smiles, and seeing WDS from the other side was truly awesome. Did I push myself a little too hard? Probably. But, did I do better than previous years? Absolutely.

It’s like I have talked and written about on a regular basis: it’s all about the journey. We’re all learning as we go. We stumble and fall, and we learn from it; then we do a little better the next time around. This year’s WDS was a success for me. I had the opportunity to hang out with some of my favorite people in the entire world, to make new connections and to reaffirm how important the work is that we’re doing in this world. And, I heard the same thing over and over when I talked about what we’re doing with Rebel Yogi: “how can I get involved” and “wow, I really need that, when can we start?”

I came out of this year’s event both slightly exhausted and completely recharged. We are all doing such great work in this world – let’s keep it up, and keep finding our balance as we go along. We’re all in this together, and it’s going to be one hell of a ride.