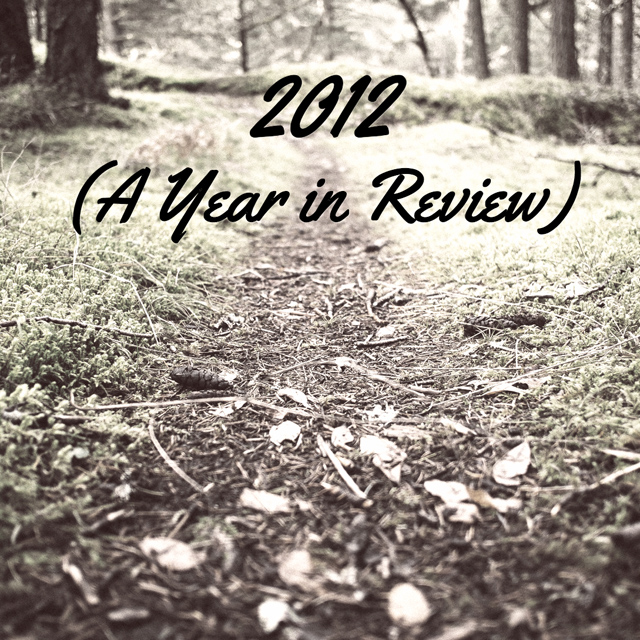 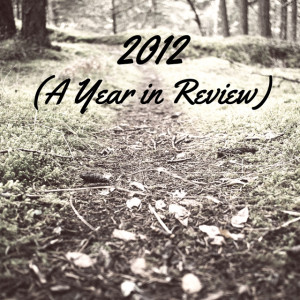 2012 was the year that it was all supposed to end (again). December 21 wasn’t that long ago, and it turns out the Mayan calendar didn’t foretell the end of the world. Maybe it was just a big shift in cosmic energy at play, or maybe it was just another year, another spin around the sun.

Whatever 2012 was for any of us, it has now drawn to a close, the back cover closing on chapters already written, our quests coming to an end and 2013 laid out in front of us, a new blank journal upon which to sketch out the coming days and months.

Rather than a chronological remembering of the past year, I offer instead a categorical retelling of the year past and a small glimpse into the year ahead.

We Are Power Shift – I was selected for the inaugural National Leadership team at the end of 2011. As a team, we started planning at the beginning of the year, and were able to come together in person for a long weekend in Washington, DC this past February. Since then, we’ve been busy getting things going behind the scenes, tweaking and changing as we went along. This month, we’ll be announcing a new and improved organizational structure for the team.

350.org – This year saw my biggest involvement with the national group to date, but will most likely not be my biggest year ever. The week after I got back to Charlottesville from the Power Shift planning weekend, I got a call from 350, asking if I could get on a plane the next day to go to Minneapolis for their National Leadership Summit. After spending this second long weekend with amazing activists, I was ready to take on the world!

The next month, I was invited to an event at the White House with 350’s policy director. In May, I pulled together a day of action for Climate Impacts Day with the help of the folks with the local Transition movement. One of the most exciting developments happened toward the end of the year, when we were finally able to get the interest and involvement necessary to start a regional chapter of 350. It’s called 350 Central Virginia and we are having our first public meeting at the end of January!

EarthWeek – 2012 was the year I took the helm of Earth Week as Chair of the Board of Directors, and my first Eco Fair as the person in charge (described by the former Director as “s/he who gets the most email). We saw a change in venue and a very successful day, despite 55 degree drizzly weather. This year, we’re expanding even more and already working on the 2013 Eco Fair.

Vegetarian Festival – What happens when the group who was planning an event for the past 15 years decides that it’s time to move on to other things? In most places, the festival would have died, but this year saw a group of private citizens pick up the reins and run with it. I was contacted to be a part of the planning group who put together this year’s festival, and even though we only had about 2 months of planning time, we managed to pull off an amazing event.

When the time came to start thinking about how I was getting across the country for the second World Domination Summit, I realized that this could be the perfect opportunity to check an item off the ‘ole bucket list (which I don’t actually have, but apparently you can check things off a non-existent list). I got to work and planned out my across the country by train route – the trip ended up being quite the adventure, with several last minute changes to itinerary and route; it ended up looking something like this:

Amtrak from Charlottesville to the middle of nowhere, WV * derecho * 2 different charter buses to Chicago * Amtrak from Chicago to Portla… whoops!… Seattle (due to a coal train derailment) * overnight in Seattle * Amtrak to Portland * a week in Portland, and another awesome WDS (link) * Amtrak to San Francisco * three days exploring San Fran * a far less eventful flight back to the east coast than the first year (aka I got back the same day I left, and with my luggage in tow)

Despite the adventures (or perhaps because of them), I’ve been officially bitten by the travel bug. I’m headed back out to Portland in a week, and am working on the logistics for a trip to Oslo, Norway in April. I’m looking forward to whatever adventures the world has in store.

2012 also granted me recognition of the importance of stillness and introspection. As a birthday present to myself, I spent four wonderful days in complete silence at Satchidananda Ashram in October. Better known as Yogaville around this area, one of the key teachings at the ashram is that “truth is one, paths are many.” Spending such an extended period of time in silence (no communication, no electronics, internal silence) was an intense experience, but the feeling of joy that comes from stillness and being purely in a moment is something that I have tried to bring with me into my everyday life. I have been more diligent about my yoga practice this year than ever before – I have been practicing since 2008, but have shifted my priorities to ensure that I take time on the mat at least twice a week (more if possible).

Charlottesville had a special visitor the week I returned from my retreat – the Dalai Lama spent a day in the city, giving two separate talks on health, peace and compassion. I picked up tickets for the “cheap seats” in the Paramount for the live broadcast, which turned out to (probably) be much more pleasant than being crammed into the Pavilion with thousands of other people, unable to see or hear him!

This year, the safety net was removed. From the first day that I started my business, I always had a part time safety net under me. This past January, I transitioned out of that part time job after finishing up a contract with the company. I’ve been learning the true meaning of the feast and famine cycle of freelancing, and being out on my own has resulted in some hard-learned lessons. The good news is that it’s the end of the year and I’m still standing. This year will see some additional evaluation of my business and where I am headed, but I have survived my second year of being in business – I call that a success!

I did some serious investing in my business this year, taking a couple of classes and continuing to build my network. I’m learning more every day, and continue to apply lessons learned to my business practices. Another in my list of firsts (and learning experiences) was taking on the responsibility of founding a cooperative business. I’ve been working as part of the marketing team, focused on communications and social media.

One of the greatest experiences of the year was participating in the second Charlottesville Startup Weekend. It’s a crazy weekend where entrepreneurs, developers, designers and business folk come together to start a company… in a single weekend. Friday night saw the lineup of pitches (I hadn’t planned on pitching, but got up anyway, and actually ended up with votes for my idea!) and by Saturday morning, teams had formed and we were off. I joined a rogue team (who ended up getting voted “most likely to get acquired…”) that is still working on our mobile application. The bestie app is currently in beta, and we’re looking at a late winter launch of a Kickstarter campaign!

I have been a member of Writer House here in Charlottesville for a couple of years, but this year I also joined an online group of writers called The Literati [affiliate link]. Started by my friend Dave, this group has really shaped my vision of who I am as a writer, and has been the inspiration for a lot of soul searching and dedication to finding and fine tuning my authentic voice.

And, finally, what year would be complete without NaNoWriMo? This was my sixth year as a participant, and my fifth win, crossing the 50,000 word mark with a few hours to spare. I started the month with a vague idea of what my novel was about (spaceships, a dying Earth) and flung thousands of words at the page every day. I also spent quite a bit of time at Writer House write-ins with some of my favorite people, word warring and cursing at our screens. All in all, another successful and entertaining month.

One of the greatest lessons I learned this year is the necessity for authenticity in all things. If I am to help others find their authentic voice in the online sphere, to help them mold and express their brand, then I must also be true to who I am and “know thyself”.

I had several instances this past year where friends or colleagues recommended my work to someone else, but in their advertising sold me as something I’m not. Needless to say, when those potential clients or partners looked at my work with what we’ll call “incompatible expectations”, things didn’t turn out well. After it happened again, it hit me – if I cannot pinpoint precisely who I am and what I offer to the world, then how can I expect others to understand and champion my work?

This year, my early focus will be on refining the inner, authentic workings of who I am and what I have to offer this world, so that I can accurately brand myself and my business.

So, 2013. Here we stand, on the precipice of great things. I know not what the future holds, but I hold within myself the keys to shaping my path. With clarity of mind and presence of being, I take my first steps into the new year, tracing my story onto the waiting blank pages.