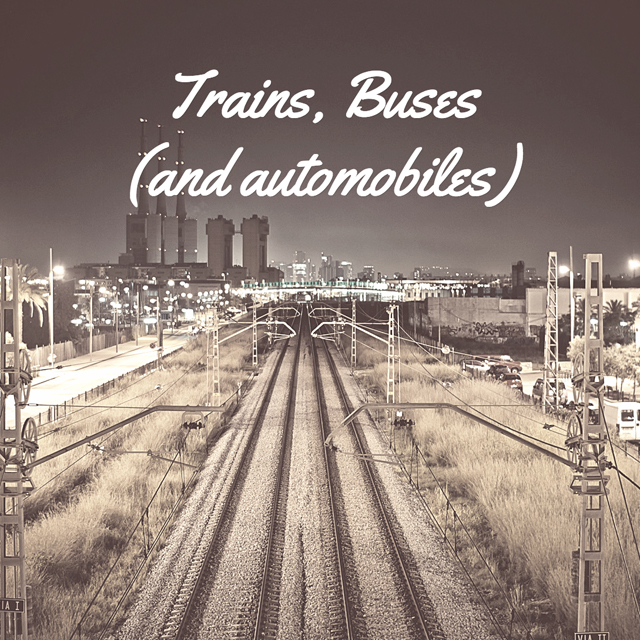 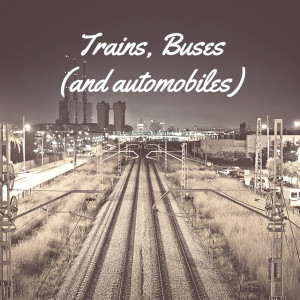 (Yes, that was a pathetic play on “Planes, Trains and Automobiles”… but air travel doesn’t really fit with today’s topic!)

At the end of last year, I finally sold my car, after months of attempting to do so.

While I was initially unsure of how my first foray into the car-free lifestyle would work out, I was hopeful. The choice was a conscious one, from both an environmental and financial standpoint.

So, now that I have spent the past three months sans vehicle, I wanted to give an update on where I stand with my decision.

While it has made certain aspects of my life more difficult, my hands-down response to the car-free life: I LOVE IT!

Yes, I have to think ahead when I’m going somewhere, to make sure that I leave enough time to walk. Or, I have to check the transit schedule, to see what buses are running when.

But, overall, the choice has absolutely set me free.

Now that I work completely for myself, I don’t have to commute to an office. I get my groceries from the farmer’s market, grocery stores close to downtown, or from the awesome folks at Relay Foods. I have everything that I need within walking distance, and I couldn’t be happier.

I occasionally borrow a car from a friend, if I have to make trips out somewhere that transit doesn’t reach (like my accountant’s office), or for a last minute trip to Washington, DC when Amtrak was sold out.

Now, any time I sit in traffic, I realize how much I dislike driving. Sitting on Interstate 66 on the way into DC several weeks ago, I ended up suppressing a ridiculous amount of rage as traffic crawled, stopped, and lurched. It was such a relief to finally park at the Vienna Metro and sit down on the train.

What used to be an uncomfortable proposition has now become my preferred mode of transportation.

Yes, you heard that right. I used to be scared to take the bus.

Let that sink in a moment. I grew up in a small rural area, where the only way to get anywhere was by car. I spent most of my life relying on a car to get where I needed to go. Even when I was in college, I still had a car. I (gasp!) used to be a member of a motorsports club, and a grid worker for the National Auto Sport Association. I never rode the bus, and had no idea how the system worked – I was scared because it was an uncertain.

Now, I dread getting behind the wheel. Traffic, gas prices, the whole process that lies behind the scenes of vehicle ownership – it just doesn’t appeal to me any more.

And, let’s not forget the environmental impacts of our dependence on individual automobiles. I was struck by this piece, by the Center for Investigative Reporting, titled “The Price of Gas” – though it was written almost a year ago, it was making the rounds again recently.

With gas prices rising at the pump, and with the knowledge of what our dependence on fossil fuels is doing to our planet, I can’t help but think that my decision was the best one – both for me, and for the planet. I know that buses and trains also use petroleum based products, but it’s at least a step in the right direction. Mass transit, done correctly, can have a huge impact on the health of our planet. (Look at Europe.)

So. For the foreseeable future, I’ll be that girl walking around Charlottesville. I need to get my bike out from under its cover and pump up the tires now that the weather has warmed up. And maybe I’ll see you on the bus!