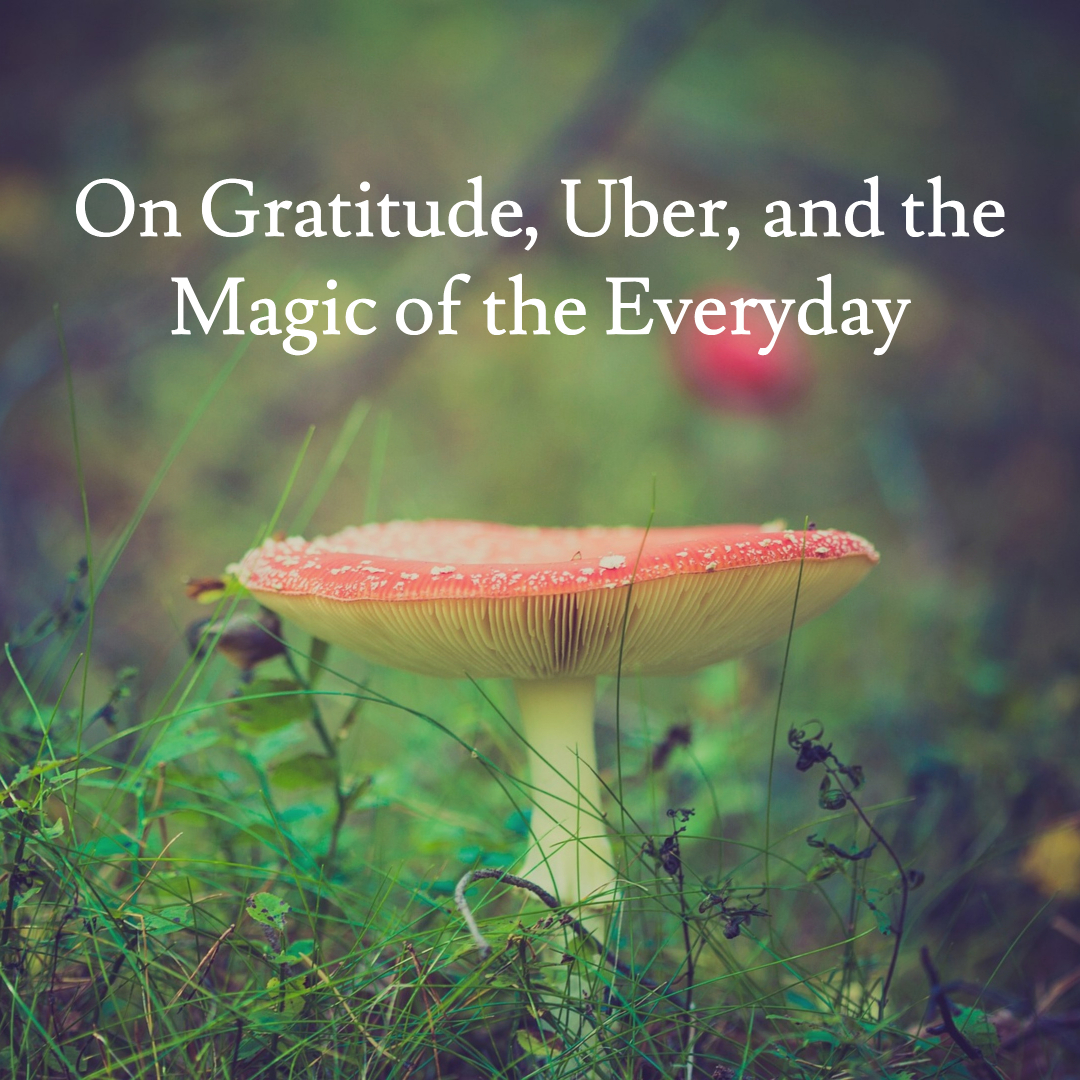 It’s surprisingly easy to look at the negative in a situation, especially when the circumstances are stressful or otherwise outside your control.

Take this past weekend, for example.

We were on our way home from visiting family. It was a 90+ degree day, and we had the dogs with us and a cooler full of food in the truck. We stopped for gas about halfway home, and when we got ready to leave the gas station the truck wouldn’t start.

Nothing. No click when we turned the key. Not even a jump start worked.

It was past 5 pm on a Sunday, which meant that most businesses were closed for the day, if they had even been open in the first place. We were stranded in the middle of nowhere, far from home, with two overheating dogs and a cooler full of melting ice.

And there was nothing that we could do to change the situation.

Sounds like the setup for a really crappy evening, right?

The way it really happened

Every piece of information you just read is true.

But that’s not the experience I had.

Yes, it was stressful. And I will admit to sliding briefly through a “woe is me” moment or two as the situation unfolded.

But instead of being overcome by the stress of what was happening I got to witness the beauty of humanity and technology, and perhaps experience a bit of serendipity.

The first person we asked at the gas station was more than happy to take a few minutes and try to give us a jump start. Even though it didn’t work, he was friendly and gracious and wished us luck.

We called our insurance company to get the truck towed home. Score one for roadside assistance.

And as we were considering the prospect of getting two people and two dogs home in the back of a tow truck, I had a brief flash of hope.

Uber: fallibility and the flip side

There’s no lack of controversy when it comes to Uber. From stories of sexual assault, sexism, and misogyny to cutting driver earnings and getting banned from cities around the US, the company isn’t exactly earning public trust or a stellar track record.

But in a situation where your options are few and far between, sometimes even the bad guy can ride in on a white horse.

As you will recall, we weren’t stranded in the middle of an urban center. It wasn’t completely the middle of nowhere, but the chances of me finding an Uber driver in the area were slim to none. As a company, they’re fairly new to Charlottesville and we were at least 30 minutes outside of the city limits.

I opened the app, and saw a driver. Singular. The car was 10 minutes away, driving in the opposite direction.

And I wondered, “what is the pet policy on Uber?” After checking, and seeing that it’s totally up to the driver, I requested a ride and gave her a call.

Telling her the details of our situation and explaining that we also had two 50 pound dogs with us, I told her that I totally understood if she didn’t want to accept the fare.

She told me she would be there in 15 minutes.

I’ll admit that I got a little teary right that moment, filled with gratitude. The dogs and I would make it home. We didn’t have to wait long in the oppressive heat, and our ride wouldn’t be the back of a tow truck.

Our knight in shining armor turned out to be a middle-aged lady from Baltimore driving a Lincoln. She just happened to be in the area visiting her boyfriend, and had decided to take a drive while he was at work.

The kicker: she had turned around to go home for the evening but decided to keep her Uber app open for a few more minutes. Even a short amount of time later, and she wouldn’t have been around to drive us home.

Stop, and reframe the experience

Add to this story of a tow truck driver who waited around with my partner until animal control came to pick up a chihuahua (that he found wandering around while he was waiting for the second tow truck of the day) and you have a set of circumstances that renewed my faith in the inherent goodness of humanity.

The world feels like it’s a wild, scary, and out of control place these days, but we see so much of the ugly that we sometimes forget about the rest of humanity…

The decent, honest, and friendly folks just trying to make their way through the world. The majority you never hear about, who spend their days living quiet lives and sometimes bringing joy to the world with random acts of kindness.

Our neighbors offered to lend vehicles and give us rides while the truck was in the shop. And the neighbor who was taking care of our garden over the long weekend had mowed our yard while we were gone, just because.

Instead of enduring a terrible, stressful experience I ended the day with a heart full of gratitude and a story to tell.

As I wrap up this post, a note: I realize that I live a life full of very real privilege. Being a well-educated white female, I don’t experience the same prejudice that others face. I don’t know what it’s like to experience life from any perspective but my own.

But I do believe there’s a magic to the everyday, if we just allow it in.

If you had put me in this situation 10 years ago, I’m fairly certain my reaction would not have been the same.

I’ve been practicing yoga for about six years now, and meditating regularly for the past two and a half. The high strung, type A+ personality is still there, but it’s been tempered by practices that allow me to have space between my thoughts and emotions, my body, and the world.

My morning meditation (a Pilgrim meditation from Britt B Steele, an amazing teacher from Portland) includes this:

There is a knowing that bubbles, rises, and reveals each day, each moment as choice, not chore. This revelation is laced with potential, possibility…”

Sitting down to meditate while I waited for my partner to make it home that evening, I was struck by that line.

Life is a series of moments, each with the potential to be beautiful or terrible (or if we’re being honest, somewhere in between).

So in those moments where it’s easy to find the negative, can you find the choice hidden in the situation? Can you open yourself to possibility? Can you find the good in the world?

It’s not easy and it’s not something that comes naturally at first, but I believe that our lives – and our world – will be better for it.