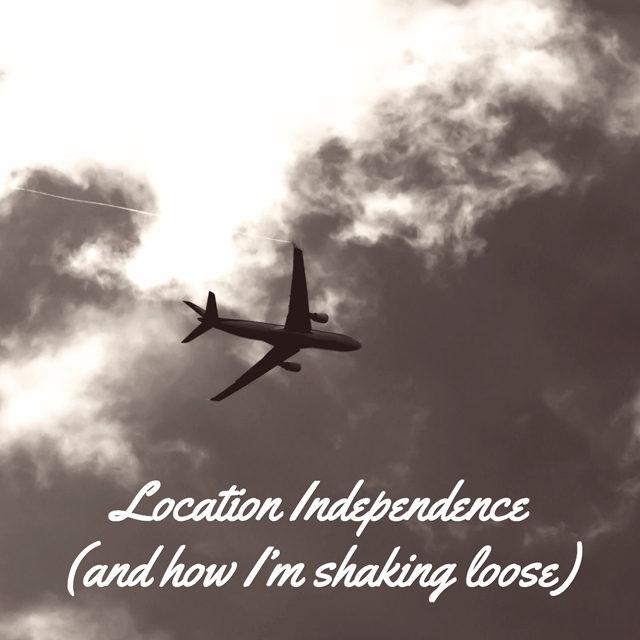 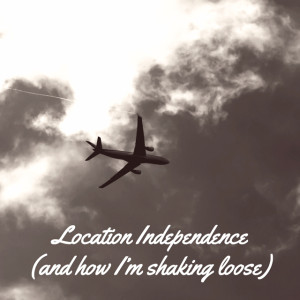 One of the great realizations that came out of the World Domination Summit this past June (future posts pending about that amazing experience) was the concept of creating your own life, writing your own story. The idea of not really being tied to any one place has always been a bit foreign to me given my deep roots in the mountains of Virginia, but as I examined my life direction, I came to a realization. Much of what I have attempted to do recently has been to shape a life that I want to live, to do the things that make me happy and to do some good along the way.

It wasn’t until recently that the pieces fell together – what I really want is location independence.

I had never put the term together with what it would actually mean for me. While some digital nomads focus on how to spend most of their time traveling, my real goal was to structure my work life so that it could be modified to fit what I wanted to do with the rest of my life.

When I moved to Asheville this past summer, it provided the perfect opportunity to leap into a fairly unstructured work schedule, working from where and when I chose. It was my first real step into self employment, and the opportunity for which I had been waiting.

Now, in the name of full disclosure, let me say that a large portion of what made the transition more plausible and less scary was that I was able to keep about 15 hours of steady work a week for a current employer. Having that financial safety net has been what has allowed me to squeak by during my transition. Some people swear by keeping a 40 hour a week job until you’ve saved enough to make a clean transition, some say you should just leap – I fall somewhere in the middle, leaping with a small safety net under me.

Now that I’ve made the break from a traditional work schedule and my divorce is close to being finalized, I stand at what is perhaps the perfect moment to launch into my version of location independence. While I’m dealing with all the legal matters of a divorce, changes and paperwork and all that comes with it, I am taking the opportunity to make some preparations for my impending location independence.

Moving forward, I will “legally” reside in a rural mountain county in Virginia – I’m transferring legal address, voting records and the like to my parents’ address. (I was planning to do the same with car registration and insurance, but I’ve decided that it’s time to try being car-free for a while as well. I’ll let you know how that goes!)

For the time being, I’ll be living close to downtown Charlottesville while I continue to solidify some projects and income streams. If I had to guess, I’ll stick around for another year or so. Then, who knows? I’ve thought a lot about traveling and working my way around Europe or the US, or moving to the west coast for a while. I’ll know when I get there. For the time being, I’m looking forward to laying out the groundwork that will allow me to head whatever direction I choose when the time comes.

I’ll document my progress as I go, writing about any challenges I run into as I try to disconnect from place. I hope that maybe I can inspire someone else to think outside what they foresee as possible or plausible, and start out on a journey of their own making. Will it be you?