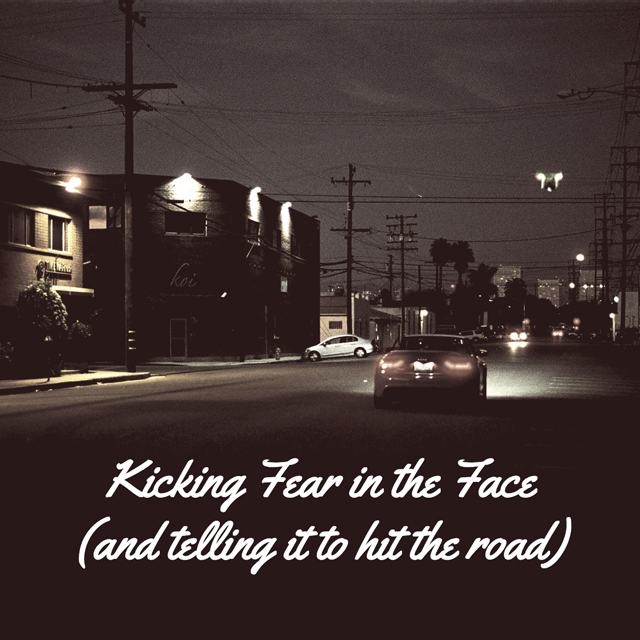 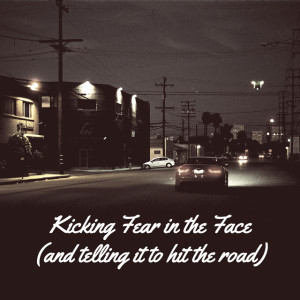 Have you ever been paralyzed by fear?

Not just nervous about the outcome of something big, but really truly stuck in place, unable to move because you are so terrified?

I have to admit that I have been fortunate enough to have never experienced anything truly traumatic in my life. Yes, I’ve been scared plenty of times, but my fears tend to the mundane.

Recently, though, I have noticed that fear is starting to creep in, whispering in my ear, a specter of its sinister self. As pretty much everyone who has ever stepped out on their own can tell you, it’s scary out here. There is definitely something to be said for the security of being able to rely on someone else for the big pieces of your life – a 9-to-5 job with benefits, a high-earning spouse, insert your definition of comfort here – and there are times I find myself wishing for that security.

This year marks the first time in my life that I have been truly responsible for myself, financially and otherwise. My divorce is final, and I’m supporting myself as a freelancer. No company to lean on, no spouse to bring in extra cash flow.

And you know what? It’s freaking terrifying.

Amidst the chaos of everything I have going on, fear has been winding its cold sinewy hand around my heart, sneaking in while I haven’t been watching, waiting until I’m feeling weak and beaten down – and then it happens.

Fear sees its opportunity. Clamps down. Whispers “but how will you pay your rent next month?” and “you can’t make it on your own”.

I’ll admit it – recently, I’ve been awfully close to letting fear win. It’s easy to succumb to the desire to be stable, secure, boring.

Today, I’m taking a stand. I’m kicking fear in the face. I’m telling it to get the hell out of Dodge.

Looking forward, I’m looking at fear as a signpost. If I’m scared, I must be doing something right.

When your opposition is scared of you – keep doing what you’re doing. (I think back to this summer and the Tar Sands campaign; if we weren’t making a difference, they wouldn’t have thrown us in jail. We would have walked, and they would have kept on with business as usual. As it happened, they were scared of us, and tried to break us. Funny how that backfired.)

It’s natural to be scared – our genetics mean that we have the fight or flight response programmed in. If our early ancestors didn’t respond to fear, chances were they would have been eaten by some large furry beast. Fight or flight helped keep the human population from disappearing into the abyss.

But now that we’re (mostly) past the point of having to worry about being eaten by predators, let’s take a different look at our fears.

Let’s use them as guidance, as signposts along the way.

No one has ever changed the world by letting fear get the best of them. So, let’s roll up our sleeves and get back to work. Fear be damned.

There’s a world out there that needs your mark.