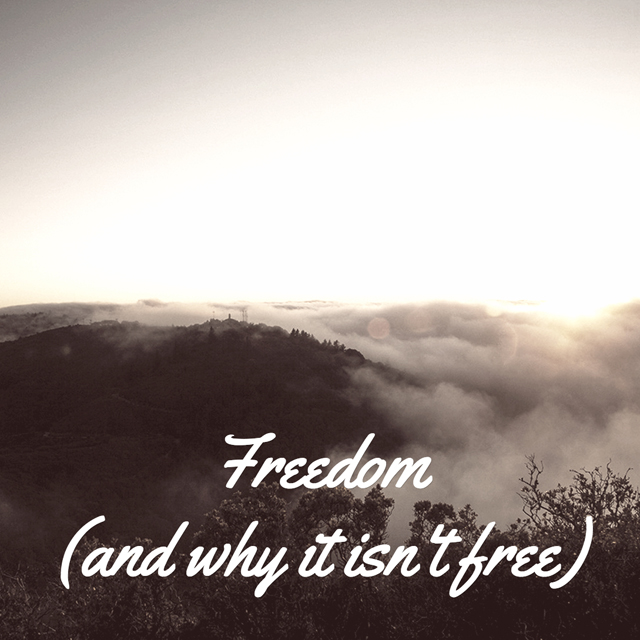 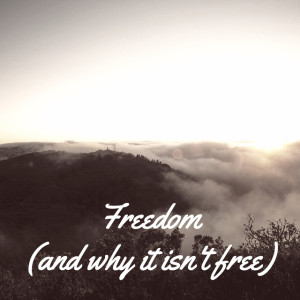 Given that yesterday was a celebration of the life and teachings of Dr Martin Luther King Jr, I started thinking about the concept of freedom, and what it means to me.

(Yes, his work encompassed so much more, but that will be for another day!)

Like so many things in my life, my internal concept of freedom has changed quite a bit over the course of my life.

If you are anything like me, when you were little, you dreamed of the day that you would be out from under the iron thumb of your parents, “free” to finally do as you wanted, rather than doing as you were told. (Boy, there are times I miss those days!)

In college, I got my first dose of real freedom. I managed to find a good balance between managing my classes and responsibilities, while taking advantage of my new found freedom. It was a fun time, reveling in the possibilities that lay open before me.

Now that I’m well beyond my college years, I have increasingly become aware of the responsibility that comes along with the freedom for which I yearn. I am exceedingly grateful to the soldiers who spend their days ensuring our freedom (though less than grateful for the deep pockets of the fossil fuel industry and the politicians that put them in the position in the first place).

Over the last year, I have really gained an appreciation for the chance I have to live life on my terms, to pursue the life I dream about, and to have the opportunity to do life- and world-changing work.

In December, I finally sold my car! Remember my post about going car-free? Well, it finally happened! In that transition, I took my first steps toward financial freedom as well as freedom from fossil fuels. I’m learning that it takes some extra planning to not have a car readily available, but I can’t begin to tell you how happy the transition makes me.

Along those lines, I am finding myself pulled to be free from consumerism. It also happens that not buying a whole lot of stuff… well, it helps with the financial freedom part of things, as well.

And, for kicks, let’s not forget my decision to be child-free.

So, what is all this talk of freedom leading up to?

It seems to me that the old saying “freedom isn’t free” has never lost its ring of truth. With freedom comes responsibility – responsibility to be educated and aware, and I’d like to add grateful to the list.

In line with being aware, I wanted to share a few things that are going on in the world of politics. I’m not one to delve too deeply into the dirty realm of the political, but there are times that ordinary citizens must wake up, stand up and raise their voices to say “enough”.

One of the immediate challenges that we face is a potential blow to internet freedom.

SOPA, the Stop Online Piracy Act (House Bill 3261 or H.R. 3261) and PIPA, the Preventing Real Online Threats to Economic Creativity and Theft of Intellectual Property Act of 2011 (Senate Bill 968 or S. 968) are both up for a vote soon.

There are quite a few large internet based companies who are actively fighting back against both of these proposed pieces of legislation – from home page statements at Google to complete blackouts tomorrow at the likes of Wikipedia and Reddit.

And, articles from Forbes, the Washington Post, and WordPress.

I would encourage each of you to engage in democracy – learn about what is going on, if you haven’t already, and make your voice heard.

Dr King would have wanted nothing less.